SONNY AND THE SUNSETS! 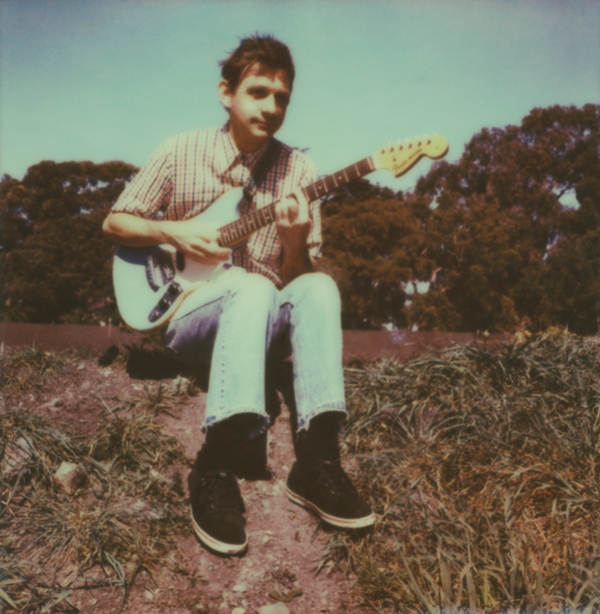 San Francisco-based Sonny Smith is a musician who’s been making important music for over the last decade, and on May 27, his band Sonny & the Sunsets released yet another monster of an album, aptly titled, ‘Moods Baby Moods’.

The band have always been genre-jumping shapeshifters, mixing it up with garage, melted psychedelia, doo-wop, and even country. Here, they stretch out and explore mutated forms of funk on ‘Well But Strangely Hung Man’, mix post-punk with a string quartet on ‘Modern Age’, and sandwich a nod to the Suicide classic ‘Ghost Rider’ in-between synth-y post-punk and psych-tinted acoustics on ‘Nightmares’.

In an uncertain world, ‘Moods Baby Moods’ is welcoming album for engaging serious themes of trying to make sense of the chaos, suffering, and cruel realities of the modern age. ‘Modern Age’ confronts computer created confusion; ‘Dead Meat on the Beach’ tackles climate change; ‘White Cops on Trial’ examines the ever-growing issue of civil rights abuse. Smith’s observations are insightful, full of emotional depth, but never overly complex. It’s that combination that has always made them so appealing, and it also makes this their strongest release since ‘Antenna to the Afterworld’.

The brilliance of their work was a sign that the source of influence and inspiration was as rich and diverse. I was curious to know more about the artist and maybe uncover the secret recipe for making great music.

Therefore, I contacted Sonny to engage and gain a thorough understanding of the bands inspirations, as well as, an insight into the creative processes behind their latest release, amongst so much more! 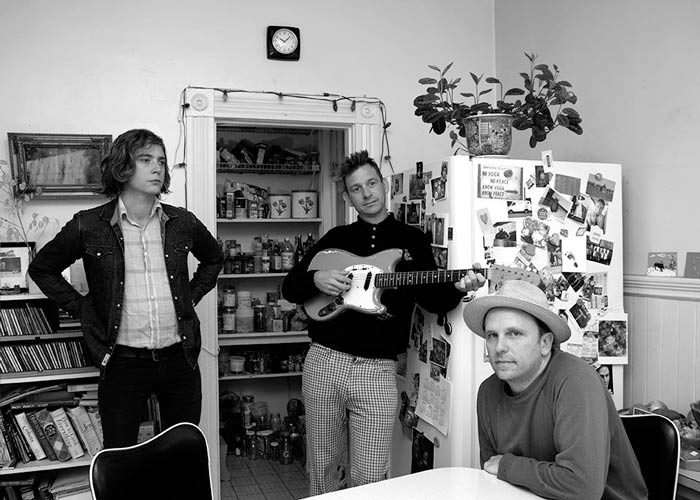 Sonny, you are notably the leading creative force of the band. How do you and the band collaborate cohesively together?

Every song I’ve ever made has had a different evolution, sometimes the difference might be very very slight, but it’s still different. In this way, they all have some originality from each other. But IN GENERAL for the last record, I got a basic idea of a song, some chords, most lyrics, a shell of a melody, and then the musicians came over to my place, and we would flesh it out. Shayde always brings a winning bass line which can often dictate a melody, for Moods Glen Donaldson would make beats which would often dictate a vibe. So we would conjure a song out of the skeleton I brought.

‘Moods baby moods’ is again a departure in sound, lyrics and genre from your previous releases. Could you explain the creative desires of this process?

We just wanted to surprise ourselves, work in some areas that aren’t familiar, and I personally –and sometimes too much- but personally I wanted to have a lot of twists and turns and unpredictable parts to what otherwise are pop songs. And that was accomplished in many of the tunes.

The album is produced by Merrill Garbus (AKA, Tuneyards) who has laid down a vibrant job, in terms of sound, in my humble opinion. How did such a collaboration result and could you describe the process IE what ‘Garbus’ brought individually to the record?

I saw Tune Yards at a festival and the vocal arrangements she had her back up singers doing reminded me of ESG sometimes, or Tom Tom Club sometimes, it was really inspiring. Just hints of something I was searching for. So I reached out to her. The record at that point was somewhat realized, but it was really disparate and frayed, kind of going in a lot of directions. So she reined it in but without compromising what I was going for, which was a lot of 90 degree turns…

Does touring still feel like being in the classic Japanese novel, ‘Woman in the dunes’ which you humorously described touring when asked?
Yes of course. And sometimes like L’avventura by Antonioni. 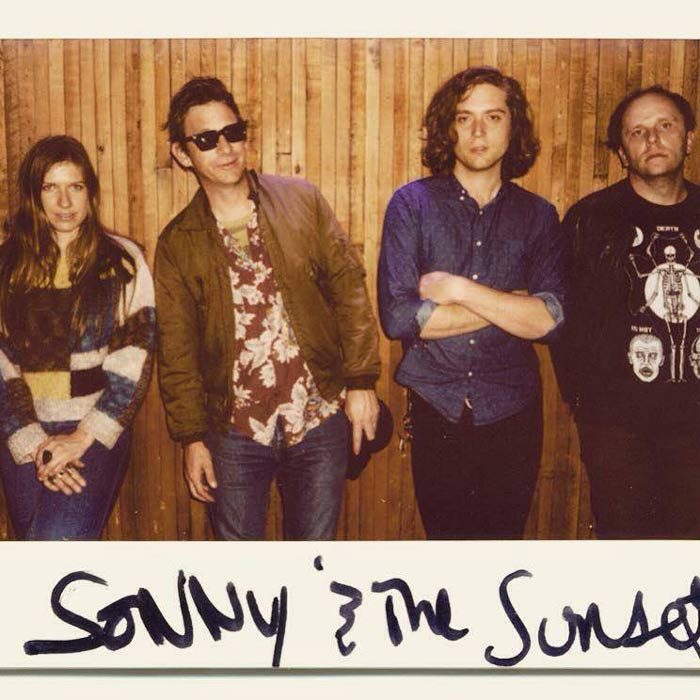 The band found success alongside other Californian bands, such as girls, etc. how much do you see yourself as a Californian band since you have resided in the Rocky mountains and notably your travels in central America leading you to an extended period of living on an organic farm?

I grew up here, and I live in the sunset district of San Francisco, which is very different from other neighborhoods. I was born here and raise a kid here, so I’m here here. I once told a friend I didn’t understand why I was named a representative of west coast music, whatever that means. I’ve never really known. But he was from Detroit and he said, sonny you are so west coast you don’t even know what west coast is. And it’s true; I don’t really know what we’re talking about. I went to Melbourne a few years back, I saw more bands I felt a kinship with there then here. I’ve felt the same way in Austin, Spain and Manchester. So, who knows on that…

Whom or what were the bands influences growing up? I have read about your dismay of Spotify and downloading of music. ‘I think musicians have been getting ripped off and taken for granted since there was music. Spotify is the latest..’ Is your opinion still the same regarding Spotify? In addition, how do you feel about social media and the upsurge in musical outposts, such as band camp and sound cloud, which the Sunsets use?

Of course spotify is ripping off music. Of course YouTube is ripping off artists. They aren’t paying. And look at these big fish like Paul McCartney or Prince or Tom Petty. Very difficult to hear their official recordings on YOUTUBE for instance. Why? Because they have huge teams of lawyers, or their labels do, to always be taking that stuff down and therefor force people to buy their music rather then get it for free.

How did you find the experience of appearing in the Spanish horror movie, ‘Everlasting love’ by the wonderful, Marcel Fores?
Hard! I had to speak Catalan! They overdubbed my lines in the end.
Whom are some of the contemporary artists or producers you would like to one day collaborate?

You are a multi talented polymath who can dissect and fuse disciplines, such as ‘100 project’ alongside the majority of your creative outpourings. When do you think you will fully concentrate on art, or theatre work wholeheartedly and separately rather than just mix or fuse the art disciplines into one musical project, as you have previously?

No idea. 100 Records wasn’t really thought out before I embarked on it. It actually morphed out of a novel, and it came into focus as it went. I like that kind of adventure. So if I decided to go direct to theater I’d be happy if it turned into writing a book or something totally unpredictable like that.
The video teaser for your latest record is anything but subtle. The almost two minute video is an obvious and cool parody of a political press conference. ‘We see images of police murders, or war, or refugees or the planet burning up, or whatever is horrible on our computers.. Is the impetus of the political caricature of the video linked to a political connotation within the album?

The record is about what’s happening I suppose, it feels like a comment on the modern life, all the songs speak to some aspect of modern living. Some of them are subtle, some overt. Well But Strangely Hung Men is clearly about the plague of misshapen cocks that populate the government. 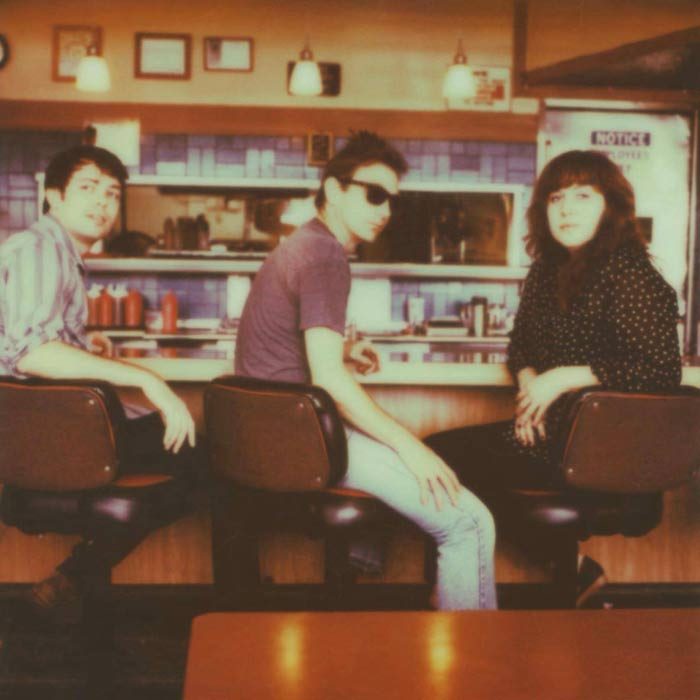 I read that the 2013 released album, ‘Antenna to the afterworld’ was based on some paranormal experiences, while I read a beautiful quote by you regarding a song topic, ‘Yesterday I wrote a song about charging my car battery. The majority of your work has been quite autobiographical whereas I FEEL the songs so far released from ‘Moods baby moods’ in correlation to the album teaser video are from an observed spot almost reflecting upon society a little. What would you say influenced the creative connotation behind the latest release?

Yes I think you’re right, more of a comment on society. I like all kinds of songwriting to be clear…  you have your expressionists, you know, people that sing emotionally about what’s happening to them; ‘I’m hurt, I’m broken hearted, I’m sad, I’m angry, happy’ blues, soul, country, very very emotive.

And there is songwriting that is story telling in the 3rd person, you know, the Beatles did that alot for instance; Eleanor Rigby, Rocky Raccoon, Rita Meter Maid or ‘Two Sisters’ or David Watts by the Kinks. These are just some examples.

And then there is a kind of songwriting that is story telling but from the 1st person. More common in rap. Gang Starr for instance, he wrote like a journalist. He’s telling a story about doing something in the 1st person, but it’s a linear story, like a report. It’s not very expressionistic. Not about his feelings or sensations. It is 1st person journalism. It’s very literary. It’s one of my favorite styles…

The song and video for, ‘Well, but strangely hung man’ on the surface is rather slapstick and farcical but peel back a few layers and you have got a comment about the rejected, the freakish, or marginalized. Could you explain the motive behind the video and whom was the video director?

Loren Risker, who also runs Out of Focus TV, directed. I’ll just say the one idea was to never show the actual dick, so people’s imaginations will fill in the blanks.
My favorite release by the band has been the extravagant and wonderfully original 2010 project, ‘100 records’. 100 records was a dauntingly ambitious project that notably bridged your interest in art, music and dramatic form, inviting 100 artists to produce artwork for the record covers of fictitious band whilst you concocted the personas of all 100 fictitious bands then wrote and recorded two hundred songs. Where did this whole realm of thought arrive and how long was the project in the creation?
It took a couple years. It started out as a novel, I was writing a book. And the book was about people I knew, musicians, and as I wrote the book they became fictional musicians, and in the book I wanted to have a few drawings of the records of these fictional musicians. And as that aspect grew, that idea became fun and more defined and ultimately the novel sits in a box somewhere.

You are one of the leading cult bands on the planet without doubt. Do you envisage a point where you could be sound tracking feature films, or playing the main stage at Glastonbury?

Can we see you in Argentina or the UK anytime soon?

Invite us to Argentina and we will come….