INTERVIEW WITH THE AMERICAN DUO 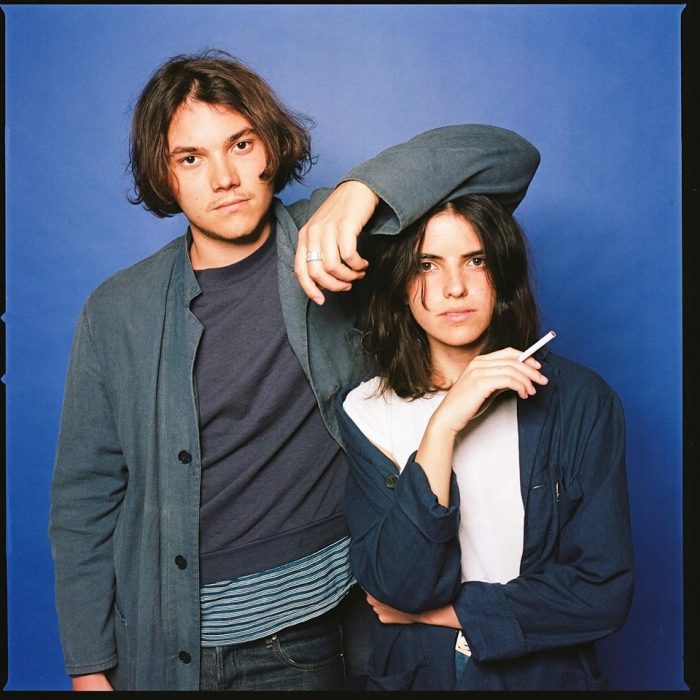 Imagine if the characters from the ‘classic’ romantic film, ‘Love Story’ Oliver Barrett IV and Jennifer Cavalleri had not fallen hopeless and endlessly in love with Barrett’s father getting his wicked way and the relationship fragmenting.

Instead, Jennifer, upon graduation, relocated to New York City proceeding to collaborate with a creative, and intelligent male counterpart forming a musical duo; citing folk, sixties west coast, and The Beatles as influences. This is how I romantically, if bizarrely imagine the history of duo, Jack and Eliza.

Although, Jack Staffen and Eliza Callahan knew one another from a young age they floated in and out of each other’s lives. It was not until after both had participated in other musical avenues (although Eliza played drums for one of Jack’s band) would the pair seriously consider a creative relationship together.

Hailing from New York City the duo do not seem to have inherited the cities more obvious sonic soundscape of No wave, Punk, Lou Reed, or their ‘in vogue’ contemporaries.

‘That’s not to say that we’re not big fans of psych post punk or garage punk. A lot of our good friends belong in that scene and we’re big fans of that music’.

Their songs are equipped with a vibe that conjures influences hailing from the great artists of the 1960’s Greenwich Village folk scene, such as Joan Baez, Simon and Garfunkel and the Kossoy sisters yet with intricate guitar work of The Byrds. Jack and Eliza’s songs depicts quaint occasions, pastel colours, while wholesomely sound tracking the exquisite New York City seasons.

‘New York has always been our home so it has of course had an impact on our music — not necessarily a blatant one’.

The duo are more than just an obvious nostalgic avenue meeting point of the past, delivering songs fresher than wintery Alaskan air, and as blissful as New England in Autumn breezing out a ‘naked’ sound mixed of love and harmonies.

I forthright predict ‘naked’ will be a fixture ‘sound’ of the mainstream in the upcoming future. Recently, I had the honour of trading questions with the duo on their history, influence and future ambitions.

I imagine, Simon and Garfunkel, mixed with Little Joy trading blows with The Beatles rather than simply Mamma and the Pappas comparisons when I listen to your tracks.

Personally, your vibe is very much a part of the folk lineage of New York albeit with an amp rather just a stripped down acoustic style. I have read during interviews how literature has also effected your song writing, an example being the song, ‘Hold the line’, which was written after you had finished reading, ‘Grapefruit’ by Yoko Ono

‘Yoko’s phrasing­­ and the conceptual, game-like, instructional lines were definitely in our minds.’ Whom and what other influences contribute to your your artistic creativities whether that film, friends or literature?

Thank you! You’ve just mentioned a group of people whose work we really admire. We’re definitely always inspired by what we are reading— lately we’ve been listening to the Band, and the Beach Boys, a lot. As far as influences go, it’s always changing… right now Maggie Nelson, Antonio Carlos Jobim, William Onyeabor … the list goes on. 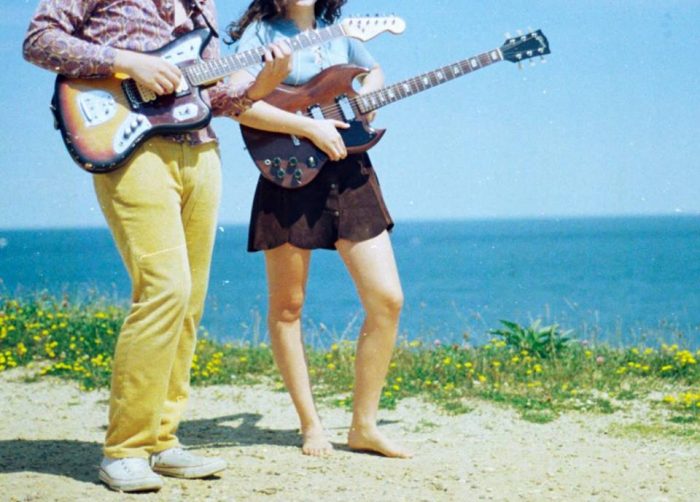 Sure you have been asked this a million times but what brought you guys together in the first place and ‘Jack, why Eliza?’ and ‘Eliza, why Jack?’

We met when we were young but only started playing music together in high school. Neither of us had written music with other people before so we were both pretty shy about it. When we wrote together for the first time it just felt very natural and we didn’t stop

Eliza, you won the International John Lennon Song-writing award at just 15 making you the youngest ever recipient. What can you tell us about that experience and do you remember entering or any song details?

it was definitely unexpected and an honour. I remember entering after a friend told me about it and not really thinking much of it. I’m pretty sure I found out that I had won the first round during a chemistry class (I was looking at my phone) and I thought I had gotten spam email because the subject said something like “CONGRATULATIONS ! YOU’VE WON..” when i read the fine print i sprinted out of the room and called my mom. The award definitely gave me opportunity and access to gear that I am super grateful for.

Your sound is certainly far away from your city counterparts and what is ‘in vogue’ currently regarding the guitar world. Was moving away from psych, post punk or garage a conscious decision, or just a natural artistic urge?

It was natural. we began this project before we were old enough to even have a grasp of NYC’s scene, though we still try not to let what’s ‘in vogue’ dictate our songwriting. That’s not to say that we’re not big fans of psych post punk or garage punk. A lot of our good friends belong in that scene and we’re big fans of that music. We just naturally found our sonic pocket, which will surely continue to change and develop as time goes on. We we’re trying to fit in somewhere, we were just writing music. 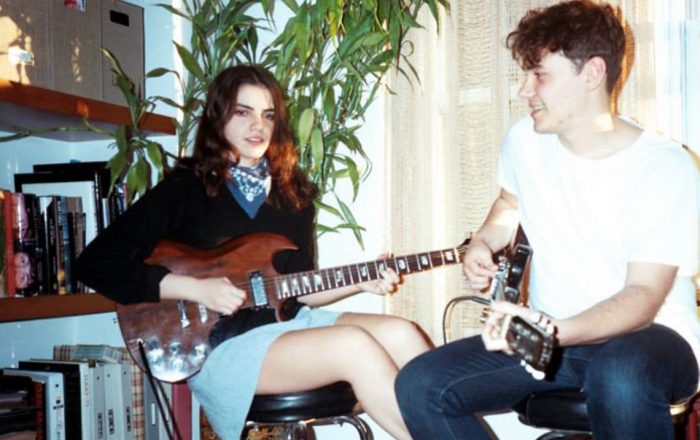 How much did the songs begin to change from the demo stage to being in the studio with producer Chris Zane (The Walkmen, Friendly Fires)?

chris definitely worked his sonic magic but the song arrangements didn’t really change from the demo phase. We took the super minimal route. We wanted our first album to be jack and eliza its core – no thrills!

You have worked with the very talented film maker/photography duo Wiissa for two of your videos ‘Quarter past the hour, and ‘Secrets’. Can I please ask why did you decide to collaborate with them again? Do you share a similar vibe, as they too are a female and male duo act?

We think that their aesthetic translates our music nicely. We were really happy with the first video and became good friends during the process. When we thought of the concept for the QPTH video, we immediately thought they’d be the right people to make the vision come to life.

What are your thoughts on social media?

It is definitely a good platform for bands but it’s also kind of like a black hole…dangerous to get too wrapped up with it.  We do like using to post about shows and keep people updated w the music.

Do you think if you resided outside of NYC this would have an impact upon your music?

New York has always been our home so it has of course had an impact on our music — not necessarily a blatant one.  We have also written a lot of music outside of New York City as well. the environment in which we write music informs the process but not really the product, we’ve found. 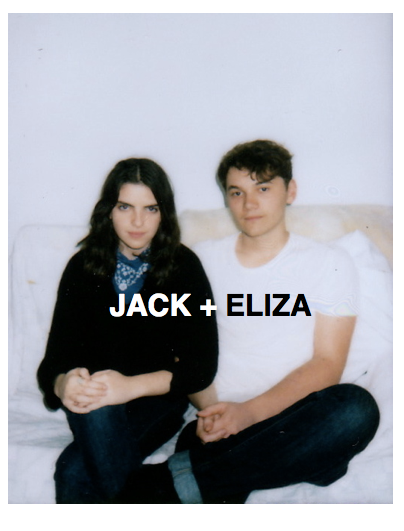 Whom or what has had the biggest influence upon your lives?

Your album was released last summer bringing rave reviews. What is next on the horizon, and when can we expect new material?

You can definitely expect new material in the near future — we’ve got a lot cooking! but it’s going to be a moment before the next album. we have all of the music written and are about to engage in a mega recording project that we’re extremely excited about.