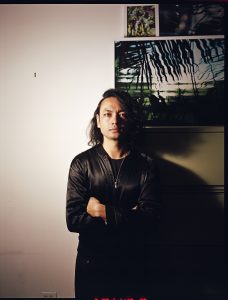 Growing up in the north of England I revelled in the enjoyment of performance and thoroughly basked in the applause from a young age. Such enjoyment became an ambition, yet unlike the inspiring narrative of Billy Elliot mine ended before college. Secondly, The Strokes, notably Julian Casablancas are a huge influence upon me, as a human being since lightning struck at the Leeds Festival back in 2001 BC.

So, when I got wind of Hammarsing Kharhmar’s upbringing, plus his unique musical and continental adventure it proved to me that my excuses were whimsical, pathetic and unfathomable, which sent me in search of answers.

‘I’m kind of a recluse when I come back to India–just go and hide at home.”

Kharhmar grew up in the small Indian town of Shillong, in the foothills of the Himalayas, known for its rolling hills and waterfalls where he learned guitar and more, surprisingly the history of rock and roll. He departed India relocating to Boston studying at the Berklee College of Music before moving to New York in 2003 founding the New wave group, ‘Mon Khmer whose hypnotic psychedelia incorporates rock, jazz and pedal-steel sounds were mightily impressive.

There, he did everything from bartending to a digital marketing job before he got the call that started it all–from The Strokes guitarist Albert Hammond Jr. “Basically, he sent me three songs and the next day, I showed up to audition at the rehearsal, not even believing it was actually him, but he liked me. We went on a tour.”

Now, Kharhmar is working with a different Stroke: Julian Casablancas, who is releasing Kharhmar’s first solo EP, entitled, ‘Last dance’ (under the pseudonym Exhibition), on his Cult Records label. Casablancas also appears on the release – something he rarely does outside of Daft Punk. Casablancas sings on “No One There,” an ethereal track marked by Kharhmar’s fluid, dissonant lead guitar lines.”

‘’I wanted to help a guy from a tiny corner of India’s rock & roll dreams come true.” – Julian Casablancas

‘Last Dance’ co-produced, mixed and mastered by Grammy-award winning engineer Jeremy Loucas is a four-track collection, featuring Kharhmar and his band–bassist Jordan Brooks and drummer Jeremy Gustin (both part of Hammond Jr’s band). Kharhmar has created an EP providing an honest, and exciting musical journey at times challenging on the ear yet easy to enjoy and boogie.

‘’I showed Jordan and Jeremy the song during a break and the first time we played it together is the version on the EP.’’

The coolest news about this exciting release within reviews and reception to the record is that it will definitely not be Kharhmar’s last dance release with new material already in the pipeline for a full-length album.

I fruitfully spoke to Hammarsing recently to gain an insight into his exciting ideas, heritage, life in the USA and how he finally managed to release his salivating material with the one and only Julian Casablancas.

You are more known as the guitarist in Albert Hammond Jr. Therefore, how long has the EP been cooking, and when/why did you decide to record?

I started recording this EP last June. Started with some songs that aren’t on this EP but might make it to full length that I’m currently finishing 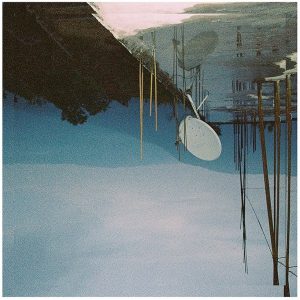 Do you have a particular way of writing and jamming ideas?

My songs are born in different ways. Sometimes it starts with having the song title or a phrase, sometimes a guitar melody or riff, quite often I’ll build off a groove and rarely but it’s something I’m working towards: chasing a vocal melody

Whom and what inspires you?

My parents, friends, and my surroundings

Could you tell me a little about your hometown, Shillong,  in North Eastern India and your journey to the USA?

Amazing place. Unlike any other place in India or the world for that matter. It’s remote but it still feels connected. People love rock n roll there but that’s changing sadly these days

How has the USA, in particular the north east coast cities Boston and New York inspired you thus far?

I love New York but its an intense place. Inspires and drains. The incredible mix of people who live and moved here make the city what it is

My favourite track from the EP is, ‘Last dance’. What can you tell me about the song?

One take, no edits on the drums, vocals, guitars and bass. We only added percussion later. I showed Jordan and Jeremy the song during a break and the first time we played it together is the version on the EP. I wish we could make more songs that’s way. This was a special one. It is also my favourite. 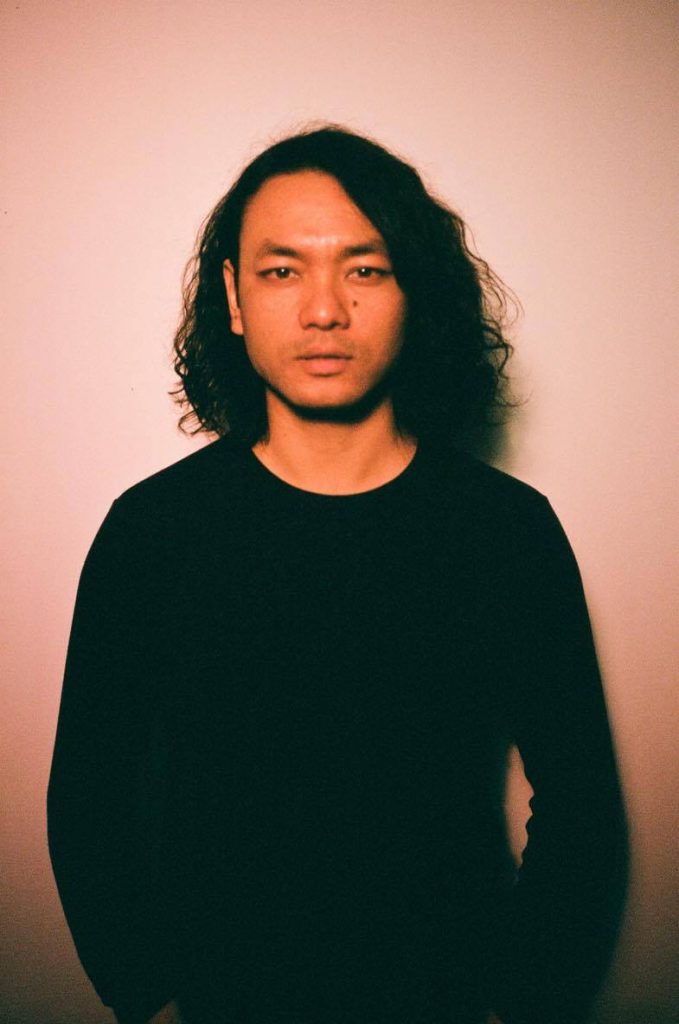 How would you describe your music?

Can you tell me details about your ‘hustle’ within the music business, as many musicians and artists struggle to make ends meet, right?

I have been tremendously lucky. I got the albert gig a few months after moving to NYC. A lot of opportunities opened up thanks to playing with him.

What was the goal of the record other than to ‘capture a raw energy whilst having fun playing the songs’?

I’ve always written music. A lot hasn’t been released. My goal was to make the music I want to hear and find a way to share it with people

Was it an easy decision to record with your fellow ‘Albert Hammond Jr’. cohorts Jordan Brooks on bass (who also makes music as Ex-Poets), and Jeremy Gustin on drums to record

Yes. We’ve toured so much together. That makes it very easy to connect in the studio

What brought about the collaboration with Julian, and was the intention always to use him on ‘No One There’?

It’s a miracle that happened. I’m extremely proud and happy about it. It wasn’t planned. We play futbol together and that’s how we bonded.

In what ways did Jeremy Loucas shape the EP, and was Julian ever in the mix to produce?

Jeremy Loucas and I have been friends for over a decade. he understands what I want and is able to bring these vague ideas that I have trouble communicating to life. I trust him greatly. He’s a purist and makes everyone comfortable and is a genius at finding sounds.

We both believe strongly in capturing the live energy.

Julian encouraged me and gave me really valuable feedback as I was recording.

Any particular connotation behind the EP artwork?

My girlfriend who is an extremely talented designer/art director/creative director took that picture on a trip to India. It’s the roof of a house overlooking India’s border with Bangladesh. I plan to live there one day

The EP is an eclectic mix of styles and sounds. Is this you experimenting towards a defined sound?

The stuff I have done in the past is more eclectic. This EP was actually my attempt at a defined sound. I’m trying to keep a consistency in the vibe and feel of the songs but without making them too similar and predictable. I try my best to not sound safe and boring

Will there be any music videos, notably with Warren Fu?

That would be a dream

Can we hope to see you tour outside of North America soon?

I’d love to come to BA

How did you choose ‘Last Dance’ to be the EP title?

The EP is dominated by guitars, drums, and bass. Could you recommend any guitar bands for our readers?