CODY SMYTH, THE PHOTOGRAPHER BEHIND THE STROKES THE FIRST TEN YEARS!

The craziest part of doing the book for me, Was seeing us go from kids to adulthood. 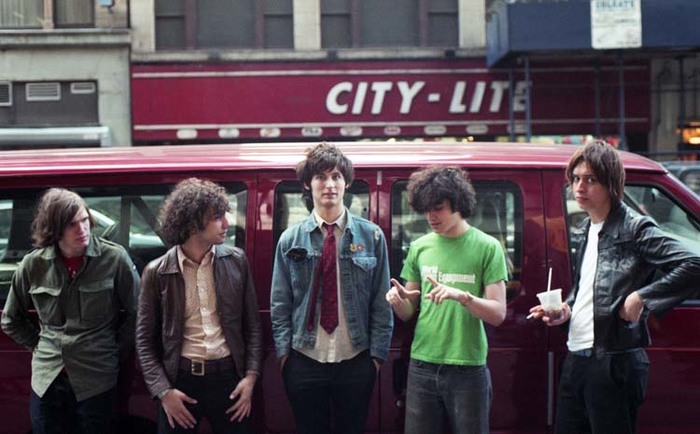 Cody Smyth Was Born During A Snowstorm In 1978 At Mount Sinai Hospital In Manhattan.  He Was Raised By His Mom On The Upper West Side And By His Dad In The West Village.

He Has Been Shooting Professionally For Nearly 20 Years And Has Worked Commercially For Clients Such As MTV, Vanity Fair, NME, Nylon, Dazed & Confused And Ford Models, Among Others.

He Has Photographed Some Of The Biggest Names In Music, Including Kanye West, Joan Jett, Dave Gahan, Lil Wayne And Alicia Keys.  Since 2001, He Has Been Working With Legendary Photographer Mick Rock On Countless Photo And Video Shoots.

“The Strokes: The First Ten Years” Is Cody’s First Book. 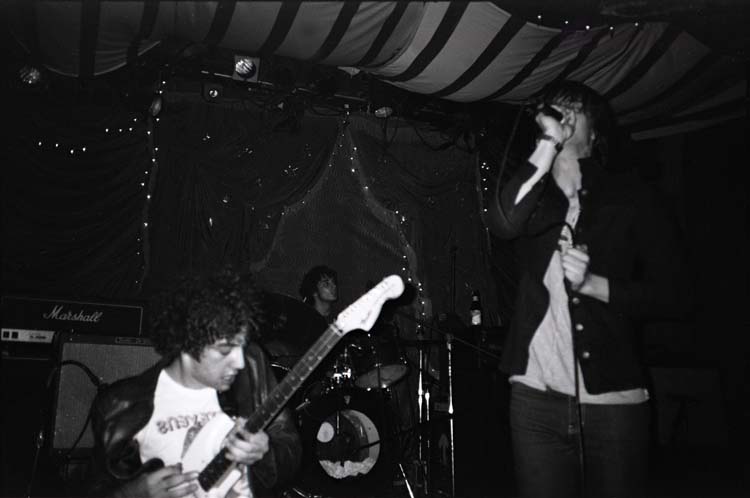 How are you feeling today?

Doing well man!   Thanks for reaching out to me!

Can you play an instrument?

I can, I play the guitar.  Not a Valensi or Hammond, but I can play a little.

In what ways do you relate to human kind?

These days?  Lol… I’m finding it very hard.  But I’m lucky to have close family and friends that help keep me sane that I can relate to or rather can relate with me.

What is the best piece of advice you ever received regarding life, or photography?

To just keep shooting as much as possible when and while I could/can.  Didn’t matter necessarily what I was getting or how good it was, just shoot.

Of course that changed a bit over the years when I became more self assured in my photography.

For life…Don’t let the bastards grind you down. 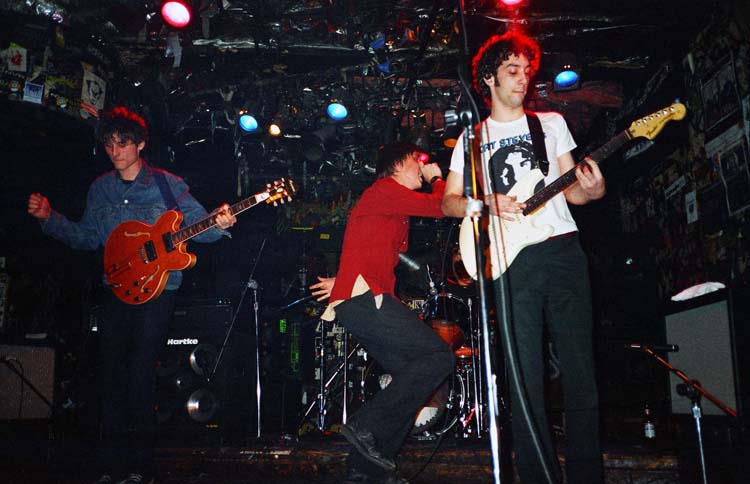 Tell me about your relationship with Mick Rock, and why do you think The Strokes have yet to work with Mick. Is it because of the (at times) irritating comparison to Lou Reed and The Velvet Underground, plus that New York vibe?

I met and started assisting Mick in 2001.  I still work with him to this day if I’m off  and available.

Even before I met Mick I knew his work of course and I believe that his music photography is a massive part of photo history over all.

It became a mentorship in the sense that both his and my photos aren’t very technical.  It’s more based on getting the person in front of the camera and trying to capture who they are.

We’ve become good friends over the years as well.  I recently got married and had a small reception for it so he came to that.  He wrote the foreword to the book with out hesitation, which was awesome of him!  Having known him so long and our relationship, it just made perfect sense for him to write it and honestly I never thought of or asked anyone else.

Do you ever get fazed by an artist, for example shooting, Joan Jett?

Not really, at least not by whom they are as people. Joan was awesome! I shot her twice over the years and with Mick having shot her early on, it was cool to get the opportunity. Bob Dylan would faze me!

Any essential piece of equipment you constantly use for shoots? 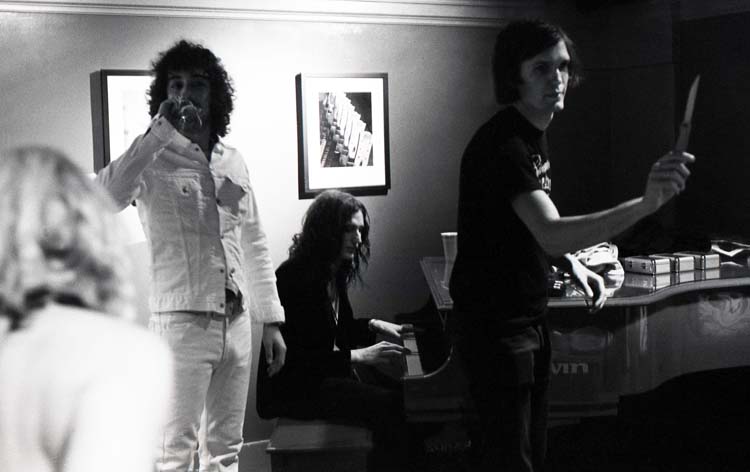 The coolest thing about your book is how to reveals the remarkable growth of a band from ‘grunge fan boys’ to ‘influential artists’ whom who would grow beyond the photographs of the book.

That really was the craziest part of doing the book for me.  Was seeing us go from kids to adulthood.  How fast it all went by.  Seeing both their music and my photos progress over the years.

Do you know what the band were into around 1999-2000 which shifted their aesthetic and musical tastes?

The Strokes got compared (early on) to a lot of 70’s NYC bands that honestly we never even listened to that much.

And I don’t remember them talking (or talking to them) about trying to sound or look like something or another band or era .  I think all 5 of their musical influences just natural came to their sound when they started getting tighter as a band and saw where they wanted to go with it.

I definitely feel that you exposed the band to artistic photography early, which would have assisted in putting them at ease come the introduction of success.

My parents were photographers and worked in the photo industry all their lives pretty much, so the guys knew I was from that world.  I was always shooting and document my life, so it was only natural I would shoot them over the years.

Tell me about your French trip in 1998. I just like what you were wearing, the scope of the images, and overall vibe of the pics!

We were just teens going around Europe being crazy lol.  It was Nick, myself and our very good friend Claude.

Claude actually wrote three chapters in the book!  We all met at the same time in high school, so he’s been there for the whole ride as well.

We just travelled around France and Europe for about 5 weeks.  Met up with friends and family along the way.  Stayed at hostels and crashed on friends floors. It’s a bit hazy now, but the three of us still talk about that trip. 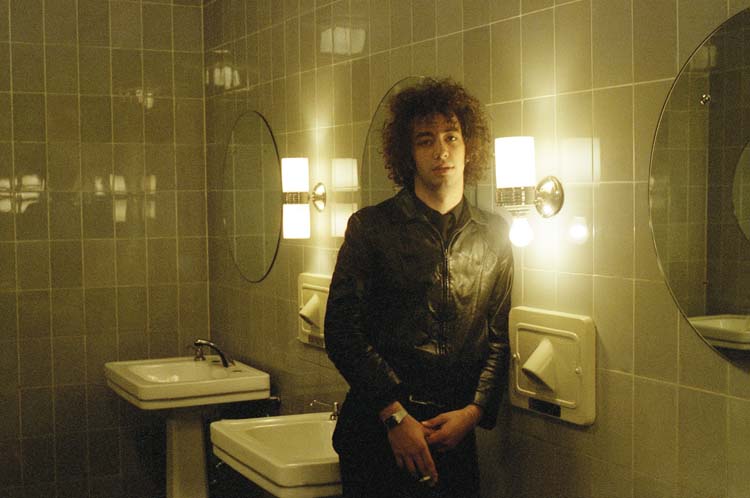 In what sense do you think your personal relationship with the band has assisted in the work you captured?

I think it definitely helped put the guys at ease, in the sense that they know I wasn’t trying to gain anything from it.  It really was just a continuation of documenting our lives.  And even they would say why wouldn’t I keep shooting it all!

What is the role of the photographer in your experience?

I can’t speak for everyone, but I try and capture the moment or emotion of the moment.  The “role” of a photographer comes more into play when you have to direct what’s going on.

Like In the group photo of The Strokes from 2006 I placed them where I wanted them in the frame and thought they looked best.  Same when I shot Joan Jett.

So it can vary, but ultimately it’s about getting that moment.

You photographed a lot of artists, such as Kanye West, and Vampire Weekend early on their careers. Do you find that is the most ‘exciting’ and ‘welcoming’ period for a photographer?

It could be if they are open to it, but it could be the exact opposite I found.  Being a new hyped artist or band might bring along corporate aspects of it where they are protecting them or the artist are so phased by different photographers and writers at them all the time, they just become indifferent to it all.

The more established artists have some years on them, so they or at the least the ones I’ve shot, have always been super cool when I shot them.  Joan was just great and Lil Wayne was super chill and let me shoot away. 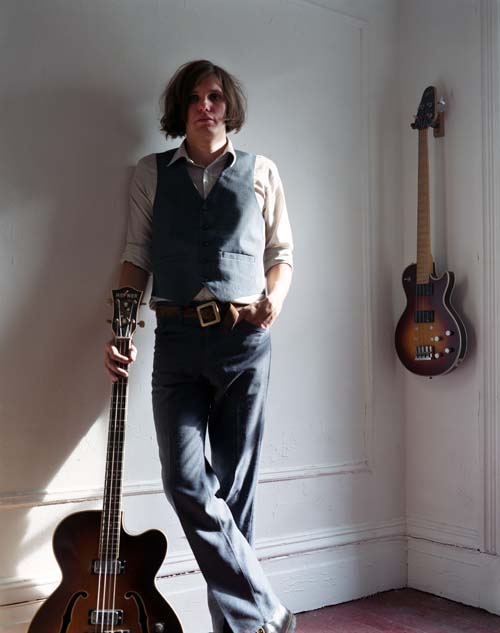 I read on lomogrophy.com that you believe a great photograph makes you ‘wonder about the context of that moment’.

I do believe that.  Capturing that split second of a moment in time.  Weather it’s intently or not.  It should bring you in and make you feel like you were there.

A picture from the book, ‘The first ten years’ which really provoked such feelings was the one of Julian, in 1996 smoking a cigarette, in his Upper East side apartment.

Could you please elaborate on that image?

God I took that photo what feels like a lifetime ago.  We were just kids then and I think it was a just few months after we all met.   One of many nights we spent hanging out after school or on the weekend.  I just looked over at Jules sitting on the wondow and snapped a pic, a blurry one at that.  But it captured that night lol 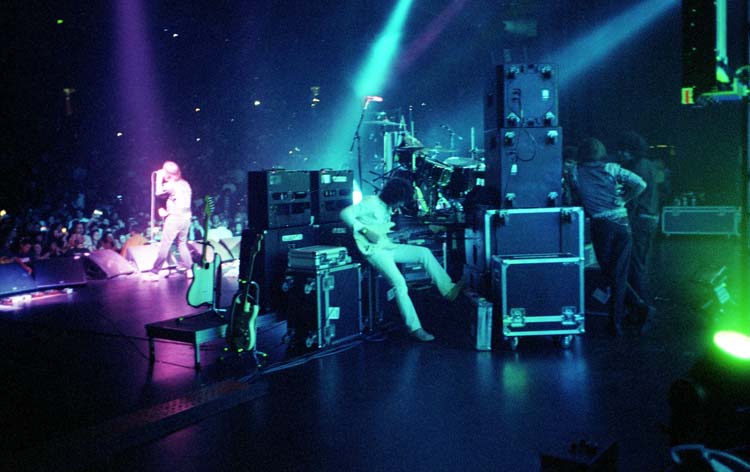 What do you find most ‘comforting’ about portrait photography?

I’m not sure I find it comforting, but it is something I’m naturally comfortable at.   If that makes any sense?  It’s hard to be fully comfortable when you have like 10-15 minutes with an artist.  It happens, but it’s hard.

I also don’t doubt my photography, so that helps me be more comfortable as well.

Did you actually enjoy The Strokes music?

Hell Yeah!  I’ve got my favourite songs off each album.  From “Someday” to “Welcome to Japan”.  Always loved that song “Hawaii” too! 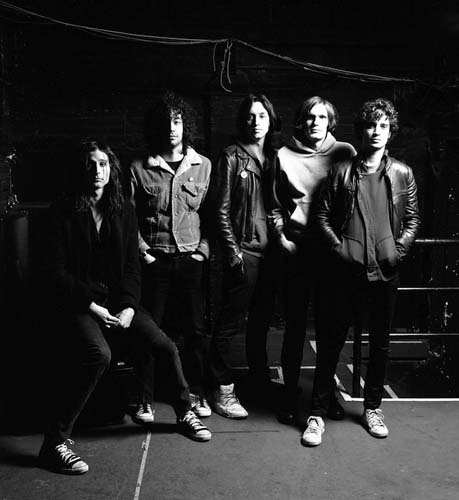 I have noticed on your recent holiday posted on Tumblr that you have begun to use polaroid (again), which is more basic than phones. Additionally, you have also famously used the camera, Yashica T4 (did you give that camera to Nick V?) what I am trying to ask is, does it matter what camera you use, the results from the inspiration is what matters?

In this day and age it doesn’t matter anymore.  The T4 was beyond awesome and served me well for a very long time.  I came from the world of film and darkrooms, but that all kind of died (excuse me) shifted when digital took over.  Which is fine, it created a new medium of sorts.  The Iphone is the point n shoot of our times, so I’ve embraced it and honestly love it.

The polaroid I used a ton of back in the day!  From the Spectra polaroid, to sx-70, to 4×5 polaroids.  But unfortunately the polaroid sort of faded away.  The new pola film they make just isn’t the same.  But yeah that Fuji one I recently got has been super fun to use.

The images of the big horn Sheep? Are simply fantastic; Almost like a band image! Will you divulge into more nature photography?

I always wanted the guys to use that photo on a flyer or poster.  It just reminded me of them for some reason.  I took that at the museum of natural history here in nyc.  I have shot a lot of landscape photos since I was 13 years old, but I’ve never really shown it. 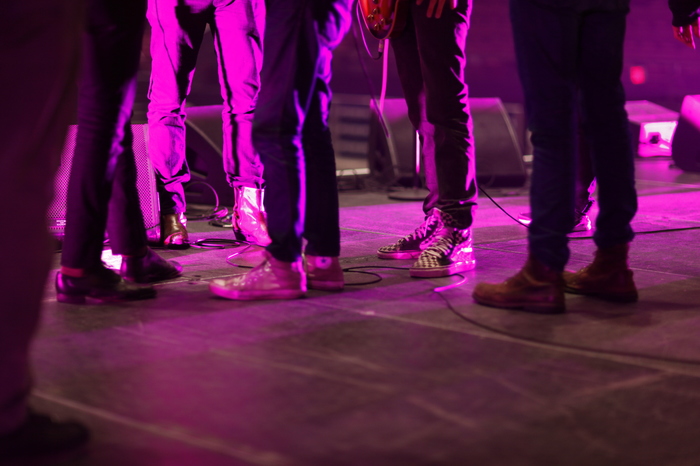 Any tips or advice for aspiring musicians, artists and photographers on pitfalls, rejection, and how to enjoy the process?

Just always follow your own heart and path.  It can be hard all the ups & downs of trying to get a career going in the artistic field and it can be hard even when you get there.  But just keep doing what you love and don’t lose it.

Life is all about the journey.

Finally, what would you miss about New York, if you left for good

Well being that I grew up here and I’m a bit older now, I could easily head off someplace less busy and quieter lol, but NY is in my blood so it’s hard to escape.  After my family and friends of course, probably the fact you can get anything you want at anytime day or night. 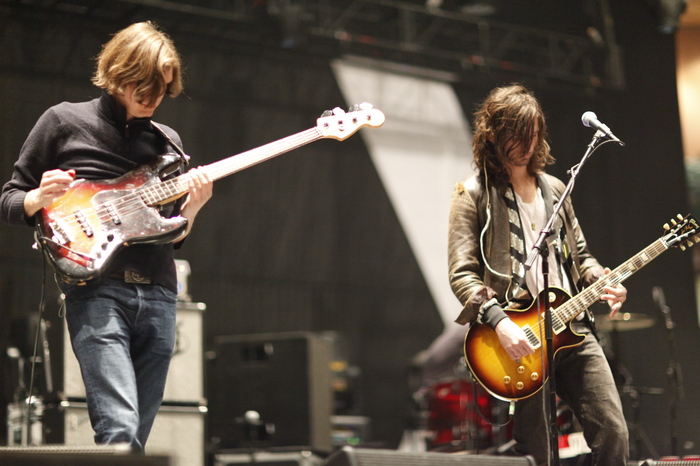